China held a meeting on Tuesday morning to commend role models in the country’s fight against the COVID-19 epidemic at the Great Hall of the People in Beijing, capital of China, Sept.8,2020. President Xi Jinping, also general secretary of the Communist Party of China (CPC) Central Committee and chairman of the Central Military Commission, presented medals to recipients of the Medal of the Republic and the national honorary title at the Great Hall of the People. Xi also delivered a speech at the meeting.

On August 11, President Xi Jinping signed a presidential order awarding Zhong Nanshan the Medeal of the Republic and Zhang Boli, Zhang Dingyu and Chen Wei the national honorary title “the People’s Hero”. Xi's presidential order came after the Standing Committee of the 13th National People's Congress voted at the 21st session to adopt a decision to confer the national medal and honorary title on the four renowned specialists.

Zhong Nanshan, a respiratory disease expert and academician of the Chinese Academic of Engineering, received the Medal of the Republic, the highest state honor. He proposed epidemic prevention and control measures that saved numerous lives and made a great contribution to fighting against the SARS and COVID-19.

"I would like to sincerely thank the Party and the state for granting this honor to us four medical workers," Zhong said at the meeting. "This represents the full acknowledgement of the healthcare professionals' work by the Party and the state. In the face of respect and honor, we will always keep in mind the great trust of the Party and the people, always unite closely around the Party Central Committee with President Xi at the core, take the responsibility of reverence for life, protect life, and defend life, and take concrete actions to accelerate the realization of comprehensive health for all and the Chinese dream of the great renewal of the Chinese nation!" 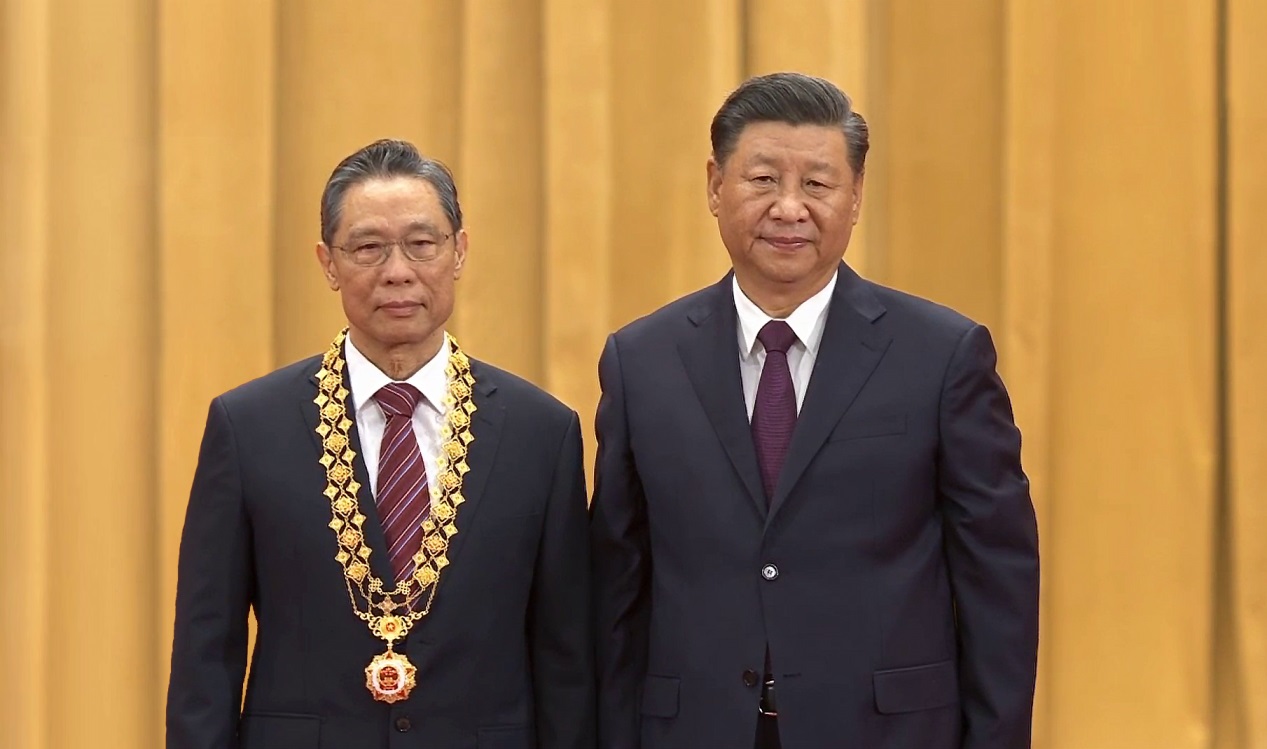